Hi @BorisJohnson @10DowningStreet should we open our stores in the morning? pic.twitter.com/IoXGE1Nhto

Arseholes still desperate to make money. I hope when this is over all these cunts are remembered and all their businesses boycotted. Starting with Bransons Virgin brand.
Government have told them to close.

How difficult is it really? Stay at home unless told otherwise.

The London underground was packed again this morning apparently.

Bet that took some time.
Another shithouse business for the boycott list

Brexit “patriot” Tim Martin stops all pay for Weatherspoons’ staff the second after the UK lockdown starts. Tells his employees to try their luck “at Tesco’s”. pic.twitter.com/krdA7FYuta

Glad I watched that now.

I don’t believe it’s anything as bad as I’d read about except the potential delay in getting the 80% thingy done.

As for Tesco, he’s saying he understand if people are uncertain & want to move on with employment. He goes further to say Anyone that has worked for us before will have first dibs once they open again.

Not exactly ideal but didn’t seem to justify ripping him a new one on social for it.

He is a massive cunt though.

Magic147 wrote:He is a massive cunt though.

Only on a good day

A Spoons in Crystal Palace this morning 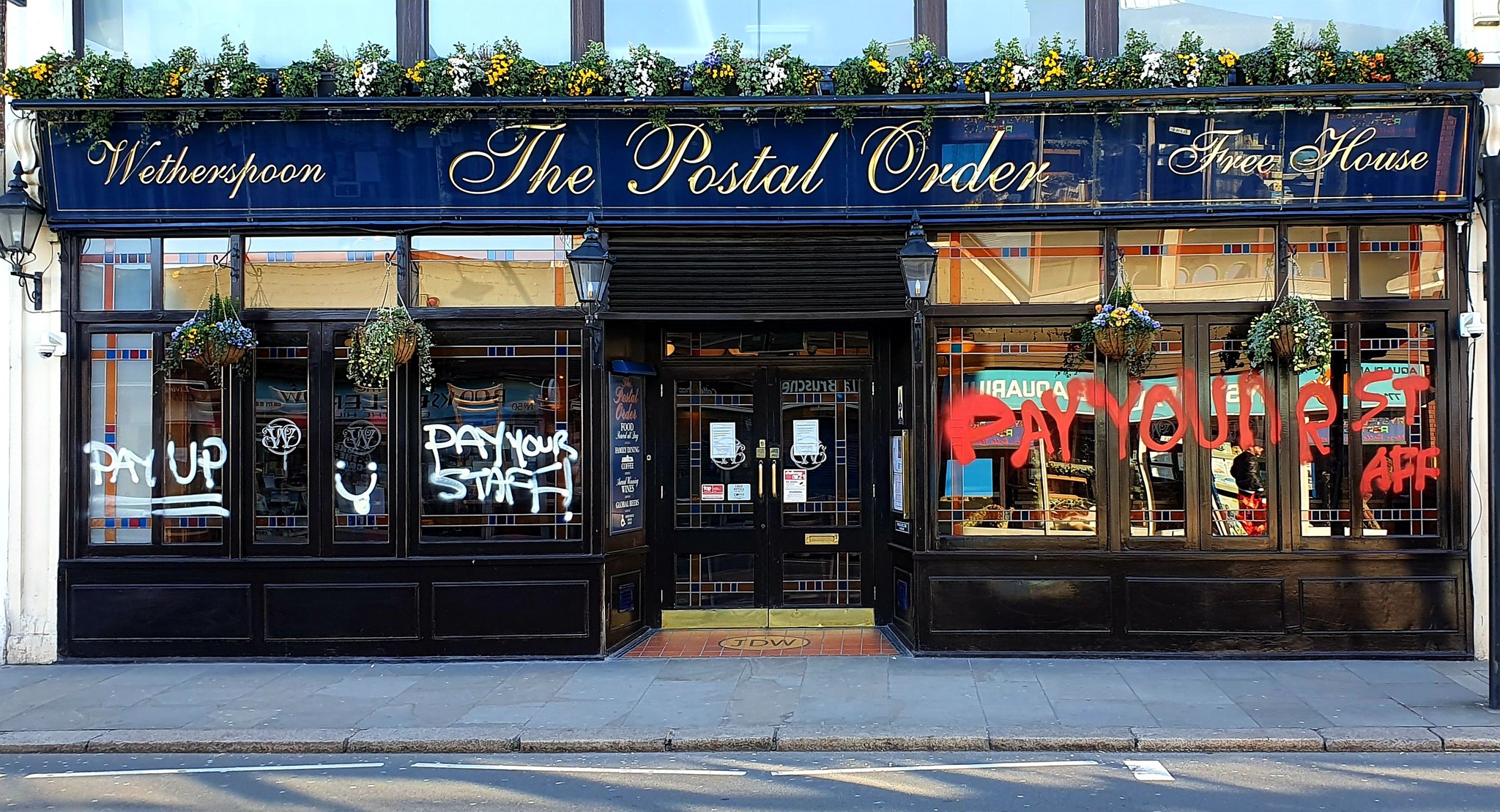 Tim Martin. Market leader I know, but taken this from a micro- brewer on another forum.

Tim is such a stand-up, best of British, look out for the little man kind of fella that he's withholding all monies owed by JDW to suppliers. Even invoices that should have been paid well before there was even a hint of shutting pubs

The man is an utter charlatan, anyone who even sets foot in a Spoons after this deserves a KFC.

We used to supply a couple of their outlets but stopped because it wasn't worth it, their T&C's for suppliers are fucking ridiculous. Little things like insisting on 60 day payment terms. 2 fucking months. And we often had to chase them even then.

Yet there'll be thousands of punters queuing up to get back in when they open their doors
The Wethers 9am alkies are already camping outside.
I hope all his pubs burn down. I will never set foot in one of his pubs.

Have seen a few still trying to get into the one in town (Ipswich!)

Lobby your local @CAMRA_Official branch to push for severance of association from this *man* and his pubs Exploitation of staff & suppliers isn't new but's now highlighted even more. Is this what our industry is about? @LiverpoolCAMRA @SPortWLancCAMRA @StHelensCAMRA @WiganCAMRA https://t.co/w6o1E3NY6R

Lobby your local @CAMRA_Official branch to push for severance of association from this *man* and his pubs Exploitation of staff & suppliers isn't new but's now highlighted even more. Is this what our industry is about? @LiverpoolCAMRA @SPortWLancCAMRA @StHelensCAMRA @WiganCAMRA https://t.co/w6o1E3NY6R

The bearded sandal wearing tossers need to grow a pair of bollocks.

I see Ashley has apologised. 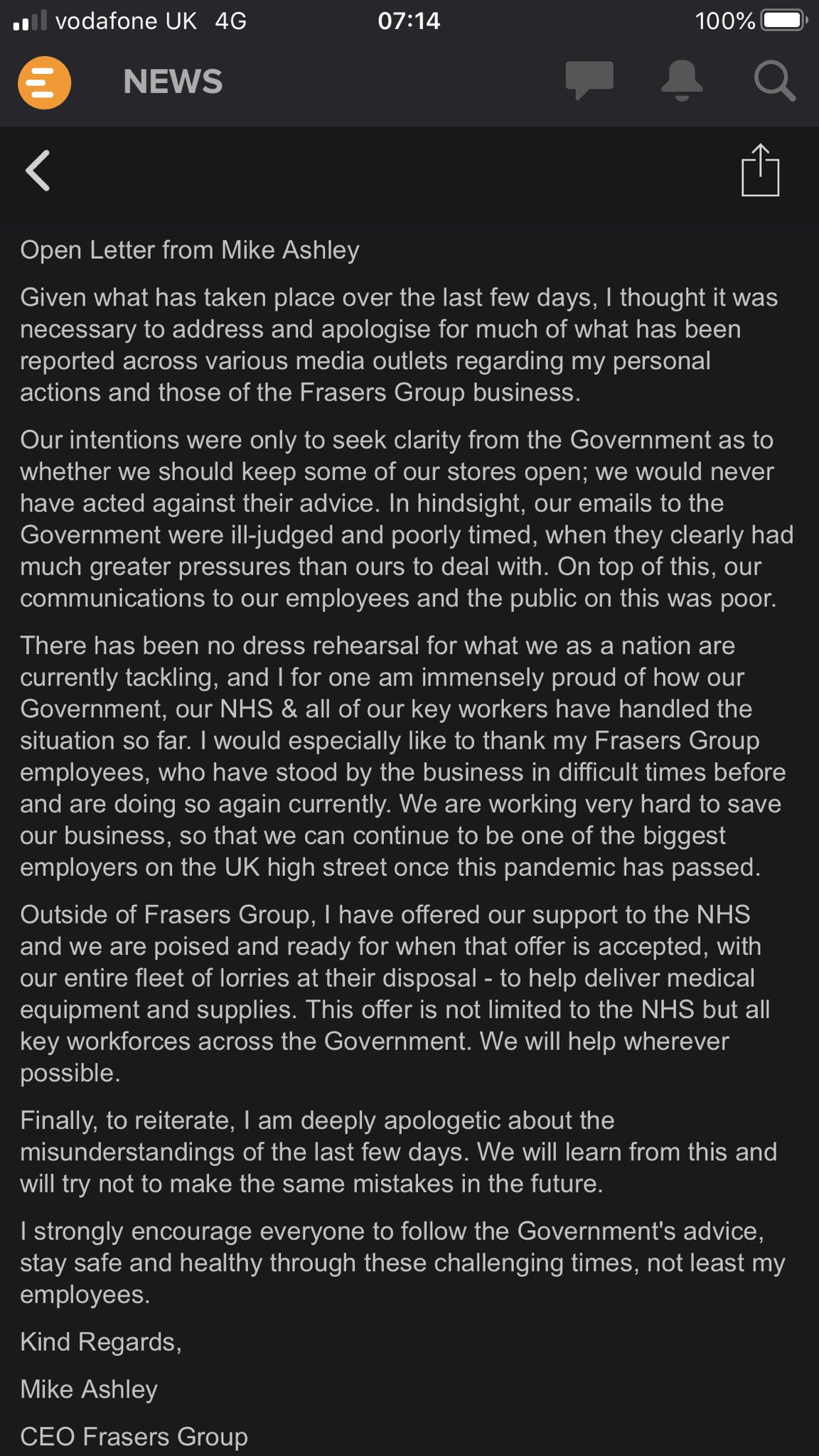 Who wants a game of TOP CUNTS™

✅Liven up the boredom of self-isolation
✅Fun for all the family
✅Remind yourself of all the bastards to be boycotted when this is over pic.twitter.com/pvJsr4KHcE