Announced today. That has come from nowhere.

The winner of the three-month contest to succeed Jeremy Corbyn as Labour leader will be announced on Saturday.

Sir Keir Starmer is the favourite to be elected in a ballot of party members, trade unionists and other supporters.

The ex-director of public prosecutions, who became an MP in 2015, is up against fellow shadow cabinet member Rebecca Long-Bailey and Wigan MP Lisa Nandy.

I bet he/she looks like some hippy art teacher.

Reckon Starman has it. He comes across as a bit annoying and wet but does seem focused on bridging the rich and poor gap. 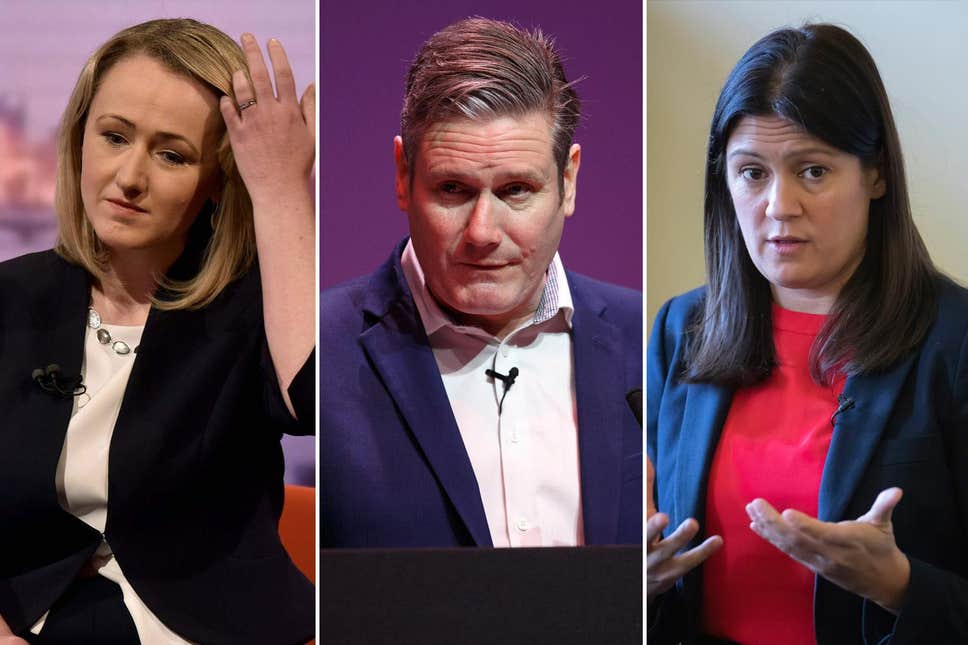 Reckon Starman has it. He comes across as a bit annoying and wet but does seem focused on bridging the rich and poor gap.

All three look fucking gormless. It must be really difficult for those hardcore Labour voters.
Labour are dead.
He might as well start composing his resignation speech for 2024 election lol
Hope Lisa gets the nod. Dirty Wiganer

Oh it's already been decided. Boo. Got to listen to him now for the next few years.

Angela Rayner voted deputy leader. Had to Google who she was and she sounds like a good choice. Left school at 16 with no qualifications as she got pregnant. From Ashton-under-Lyne & still lives there. Could be one to watch.

It’s the honour and privilege of my life to be elected as Leader of the Labour Party.

I will lead this great party into a new era, with confidence and hope, so that when the time comes, we can serve our country again – in government. pic.twitter.com/F4X088FTYY

He's got a very punchable face.
Should have gone with Lisa. Sexism.

I think he's an impressive switched on bloke but I just can't help but wonder what the gutter rags can conjure to put him down.

Hero wrote:They should have voted for the one with the biggest tits.

As Magic would say, Legend.

Hero wrote:They should have voted for the one with the biggest tits.

I think they have .

I’ve just watched his speech, I don’t like it when people pause for so long between words. It always reminds me of an American President addressing the nation.

Good luck to him,  he’s got a tough job just to pull the party back together.

He  obviously does not believe in democracy as he was a strident supporter of another Brexit referendum.Boris has nothing to fear from the likes of  Mr.Fear Startled.

So the TAM lookalike it is. Don't go punching him Magic, he's a lawyer you know 😉

Starmer and Rayner in my view was always the likely outcome.

Trying to reclaim the middle ground.

Big job ahead for the former DPP.

Blackpool be back in the Prem  before Labour regains power

Tramfan wrote:He  obviously does not believe in democracy as he was a strident supporter of another Brexit referendum.Boris has nothing to fear from the likes of  Mr.Fear Startled.

That's quite kind really.
Laughing all the way to 2024 and beyond. I guess you will have to order a new Starmer inflateable doll you peasant.
Register
Login