Rocky Bushiri and Jordan Thompson both miss out on the game due to international commitments, while Nathan Delfouneso remains sidelined with a hamstring problem. Matty Virtue is expected to step up his return from injury following a brief appearance against Portsmouth on the weekend.

Marc Edwards will referee the game between the two teams, having been promoted to the list of EFL officials this season. He has taken charge of three League Two fixtures so far.

During the group stage, teams are awarded three points for a win and one for a draw. If a match ends in a draw, then a penalty shoot-out also takes place for a bonus point.

Tickets for tonight's match, which kicks-off at 7.30pm, are on sale until kick-off, priced at:

I wish you lot would curb the excitement.
Pile of  shite
Zzzzzzz
Can't wait for this.

Think I'm the only one which is positive we clearly have a couple of forwards that need goals and minutes. Be good for Grayson to play the lesser players in his preferred tactics so when they are needed it's no a shock. I do think he should go out have fun and not care about the result to much . If we find ourselves in the final next year then maybe prove a point that we are back and show again how powerful the wembley boycott was in 2017

I think the positives are that someone such as Matty Virtue will get some minutes on the pitch in between games we can actually be arsed with.  He was interviewed for the preview so I would expect he might feature tonight.

Yes so as long as we don't get injuries, it could be a positive game. I reckon. Is there a rule where 6 players from the previous game have to play?

I think the rule is that 4 outfield players from the last game must start.

Bushiri is away with Belgium U21s.

I think the rule is that 4 outfield players from the last game must start.

Bushiri is away with Belgium U21s.

Suppose we should be thankful for small mercies 😂
Good start
Minutes in the legs.
Just checking in, did they use actual shrimps for players?

Just got back from restaurant so not been checking the scores. My team prediction was pretty close. Nice score as well.

Not a bad score.  Wonder if Lee was there, doing a video.

Sounds positive. Minutes for Scannell and first goals for Hardie and Nuttall.

Trying to find the attendance...

For a fiver, I’d have gone.
Just listening to Grayson and he says Callum MacDonald was man of the match. That's a good sign even though Husband did nothing wrong against Portsmouth.

As I understand, he can play in front of a back four too.

Would this have happened in the Oyston era? Work on the pitch straight after a game. 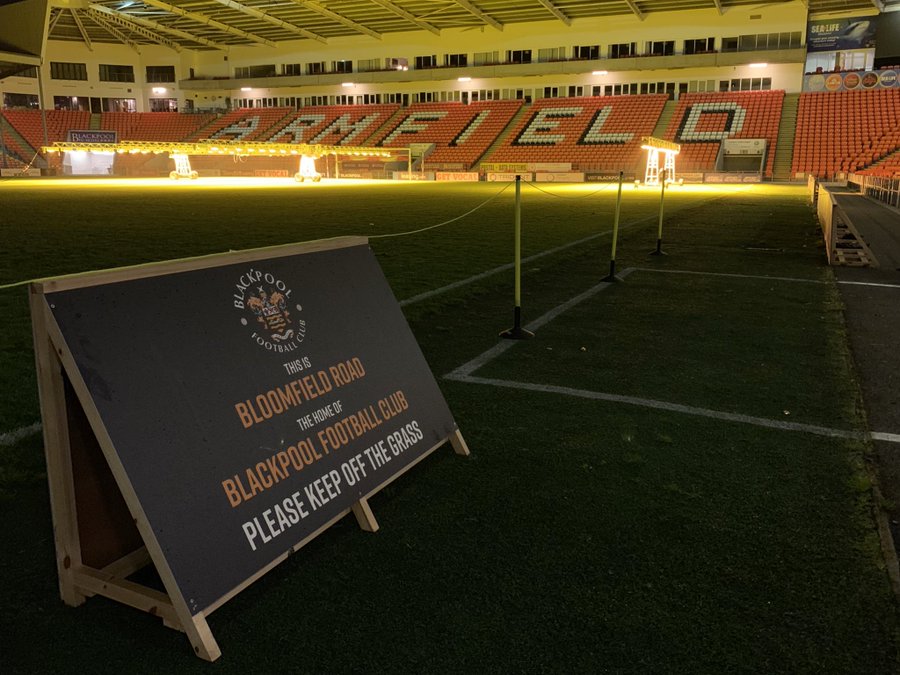